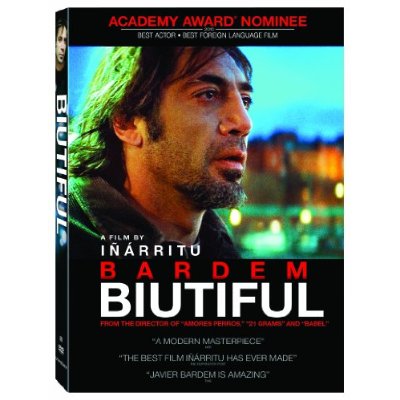 Mickey Rourke has publicly trashed his latest film, which starts as something of a hardboiled noir, as Rourke’s saxophonist gets to say things like, “An hour ago, I was a dead man. Now I’m drinkin’ warm gin with an angel.” The angel in question is Megan Fox, a questionable casting choice in any project but especially one in which she is actually expected to emote. Oh, by the way, she is a literal angel. Like, wings and everything. She floats. When that’s revealed, the movie starts bashing itself (and you) over the head with cheap metaphors. Eventually, Bill Murray shows up as a jealous gangster–hello, Mad Dog and Glory–and he and Rourke battle it out for Fox’s affections. And by “battle it out,” I mean make constant threats and never really do jackshit and oh wow, is this movie bad. Like, really bad. Occasionally bad on a genius level. It also has one of the funniest climaxes in recent memory. I guess it’s, uh, well-shot? Mercifully, there are no special features.

Collecting everything Kubrick did from 1960 on, Stanley Kubrick: The Essential Collection provides a comprehensive overview of the work of one of the most revered filmmakers in history. In chronological order, we have 1960’s Spartacus, an underrated epic that Kirk Douglas reportedly took control of and which Kubrick disowned; 1962’s Lolita, a great adaptation of Vladimir Nabokov’s classic novel, which features one of the best uses of in media res; 1964’s Dr. Strangelove or: How I Learned to Stop Worrying and Love the Bomb, which features admirable work from Peter Sellers but which I have always felt is too cold and distant to work as comedy; 1968’s 2001: A Space Odyssey, Kubrick’s magnum opus, a work of awe-inspiring cosmic bleakness; 1971’s A Clockwork Orange, prized by many film buffs but not myself; 1975’s immaculate Barry Lyndon, one of the most gorgeous films you’ll ever see; 1980’s The Shining, which is a good, atmospheric horror film, though not particularly indicative of Stephen King’s novel; 1987’s Full Metal Jacket, one of the great Vietnam War movies; and 1999’s Eyes Wide Shut, a mesmerizing, oft-misunderstood tale of sex and deception. Kubrick’s body of work can be intimidating, but for any fan of film, it’s essential (and make sure you check out 1957’s Paths of Glory, not included here but available from the Criterion Collection). The set includes the documentary Stanley Kubrick: A Life in Pictures and many special features. Overall:

ONCE UPON A TIME IN THE WEST (Blu-ray) 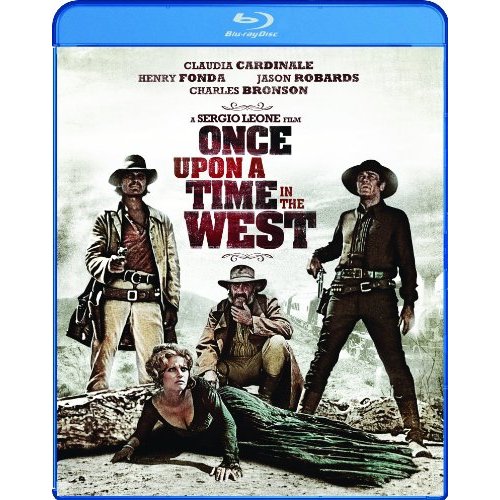 The epitome of the “horse opera.” Director Sergio Leone conspired with screenwriters Dario Argento and Bernardo Bertolucci to craft what many consider to be the zenith of the mythic, sweeping, wide-horizons Western. There are three things this film will forever be remembered for: the opening train station title sequence (the slow burn tension of which I’m sure served as inspiration for Tarantino’s opening sequence in Inglourious Basterds); Claudia Cardinale as the gorgeous damsel fighting to keep her land and avenge the death of her family; and the heretofore charming Henry Fonda, playing against type for the first time as one of the most cold-hearted, merciless bastards ever to squint into the spaghetti Western sun. Special features include a commentary featuring contributions from John Carpenter and others, several featurettes, a production gallery, and the theatrical trailer.

Four years before he took us to that galaxy far, far away, George Lucas made a splash with American Graffiti, by far the most down-to-earth film his name’s ever been associated with. One of the film’s great thrills is seeing a number of famous faces before they were famous, including Ron Howard, Richard Dreyfuss, Harrison Ford, and Suzanne Somers. But its appeal goes far beyond that: in its openly nostalgic view of the 50’s, with kids riding around all night, classic hits drifting from their radios, it captures the feeling of daunting excitement familiar to any teenager on the precipice of adulthood. Its one-last-night-of-fun premise has been duplicated numerous times, memorably so in Richard Linklater’s Dazed and Confused, but it’s never been topped.

It’s not exactly a good movie, don’t get me wrong. But I personally think it gets unfairly criticized for its 80’s cheesiness. Ridley Scott took a strange detour from Alien and Blade Runner to…a taciturn Tom Cruise in a loincloth and music video-style fantasy set pieces. Still, there’s an undeniable charm to it. Mia Sara does a fine job as the damsel in distress who saves herself as much as she is rescued. But the real standout here is the completely unrecognizable Tim Curry as Darkness, the devil with the ginormous black horns and cloven hooves. The theatrical cut features the original score by Tangerine Dream, while the Director’s Cut boasts the Jerry Goldsmith score introduced later.

For a more complete listing of new releases, be sure to check out Video ETA.