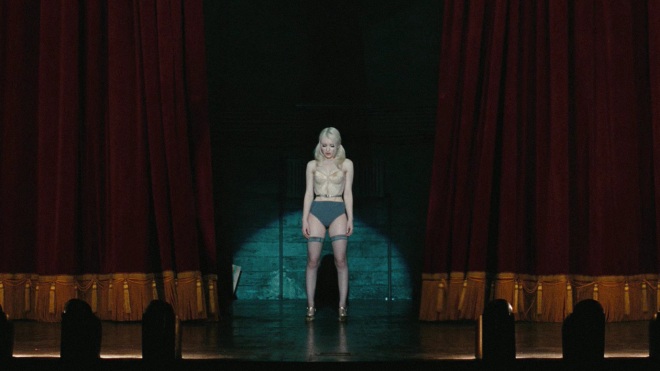 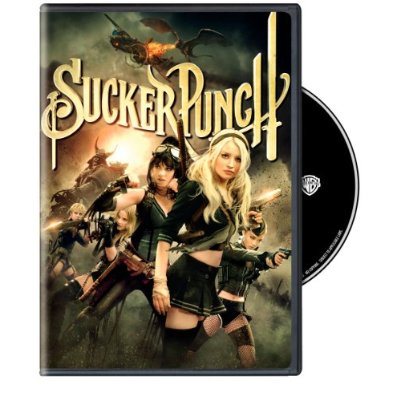 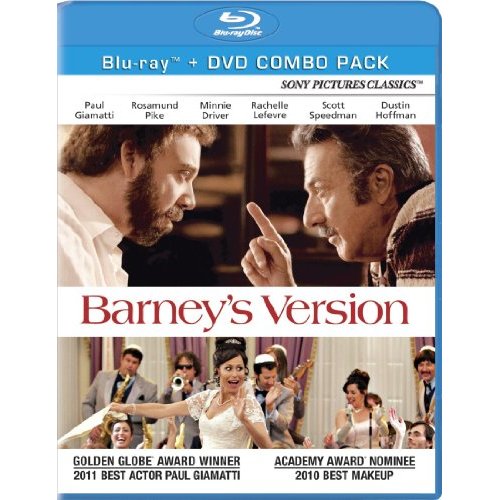 Paul Giamatti won a Golden Globe for his role as Barney Panofsky, an aging television producer who reflects on his life when a new book accuses him of murder. This is another of those films I wish I’d gotten the chance to see in theaters, especially because I vastly prefer Giamatti when he’s in flawed human mode instead of stark raving mad mode, a note he’s played a little too often of late. Dustin Hoffman, Mark Addy, Rachelle Lefevre, Minnie Driver, and Rosamund Pike round out the strong cast. Extras include audio commentary from director Richard J. Lewis, writer Michael Konyves, and producer Robert Lantos; a behind-the-scenes featurette; a conversation with source novel author Mordecai Richler; a bit on the red carpet; a Q & A with Paul Giamatti; and a theatrical trailer.

THE LORD OF THE RINGS: The Motion Picture Trilogy Extended Edition (Blu-ray) 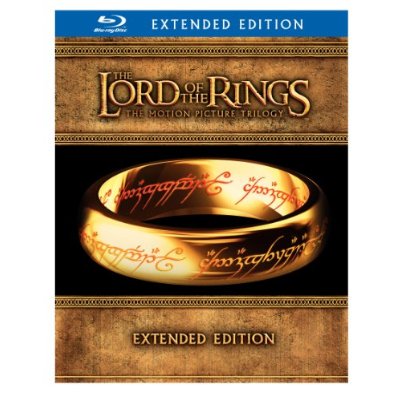 Ooooh, my precious… Eight years. Eight. Damned. Years. It’s taken almost a decade, and Sauron only knows how many different DVD editions, but we faithful finally have the one edition to rule them all! The entire film trilogy, full extended cuts, on 1080p Blu-ray, with all previous bonus features, commentaries, etc. 15 discs (6 BD, 9 DVD). Extended run times are 228 minutes (Fellowship), 235 minutes (Towers), and 263 minutes (King). Frustratingly, each film is divided over two BD discs, providing a built-in intermission. That’s annoying. Still, I can assure you that very soon, I will be sitting down for a 12-hour beer-and-pretzels geekathon viewing. Overall: 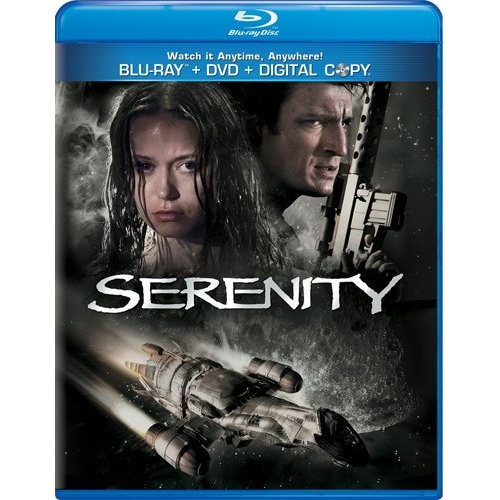 Following its original DVD release in 2005 (with that terrible cover!), a wonderful two-disc collector’s edition  in 2007, and its Blu-ray debut last year, this marks the fourth time in six years that Serenity‘s been made available on home video. And while the previous editions each offered something new, there’s nothing really remarkable about this Blu-ray/DVD/digital combo. Unless you’re a Browncoat, that is, which makes anything to do with the big screen continuation of Joss Whedon’s beloved space Western Firefly something special. We here at Gobbledygeek have made no secret of the fact that we’re unabashed admirers, and I’ll take any chance I can get to write about the film (I can’t count the number of pieces I’ve written on it for different outlets). If you’ve seen it, you know how great it is, but if you haven’t, its mix of deft characterization, witty dialogue, thrilling heroics, and crushing tragedy comes highly recommended. It’s easily the best of a rash of reissues Universal is releasing today. Contains all the special features from previous releases, plus, uh, a 30-day free trial of “Tech Support for Dummies.” Sure. 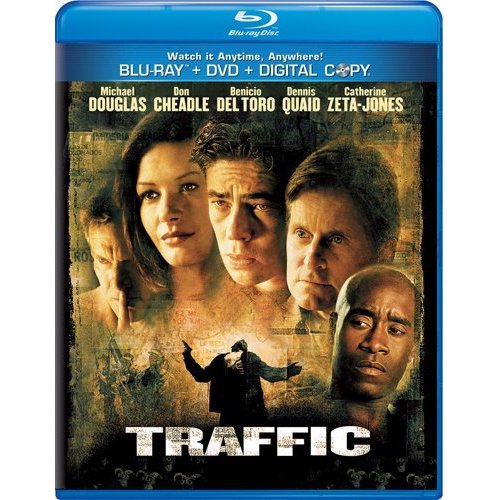 Steven Soderbergh has remained unpredictable–and inconsistent–ever since his directorial debut with Sex, Lies, and Videotape in 1989. But he hit his peak in 2000 with Traffic, a masterful examination of the so-called War on Drugs based on the British mini-series Traffik from ’89 (this version also inspired its own mini-series in 2004). The film explores the corruption of a Mexican police officer (Benicio del Toro), a conservative judge’s (Michael Douglas) rude awakening when he discovers his daughter is a drug addict, and a drug lord’s wife’s (Catherine Zeta-Jones) discovery of her husband’s real profession. Each story intertwines seamlessly, and Soderbergh’s work behind the camera is a tour de force. Indeed, it’s amazing to think that in 2000, he also released the good but far more conventional Erin Brockovich. The cinematography, by Soderbergh under the name Peter Andrews, is gorgeous. Like Serenity, this release contains the extras from previous editions, plus a “Tech Support for Dummies” 30-day free trial. 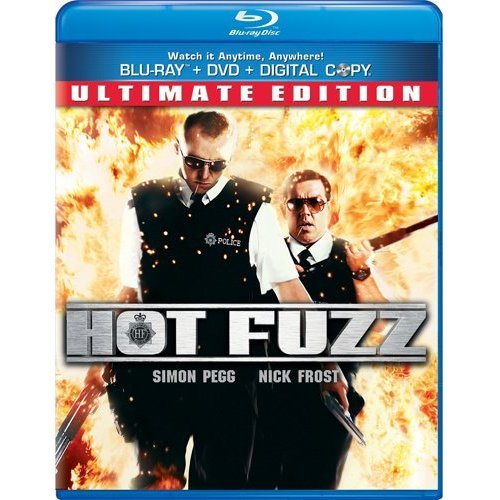 In between the cult favorite Shaun of the Dead and last year’s geek-classic-in-the-making Scott Pilgrim vs. the World, director Edgar Wright, along with long-time collaborators Simon Pegg and Nick Frost, made the undervalued buddy cop satire Hot Fuzz. The movie has its fans, to be sure, but among Wright’s oeuvre–which includes the Pegg/Frost-starring Britcom Spaced–it seems like it gets overlooked. But like any Wright endeavor, it’s inventive, hilarious, and incredibly well-filmed. Perhaps it lacks the grace notes of Shaun or Scott, and its attempt at emotion near the end feels a lot less convincing than it does in either of those films, but that’s just nitpicking. It’s still a slice of fried gold. Like the other Universal reissues, it’s got the special features of previous editions and that odd “Tech for Support for Dummies” free trial. 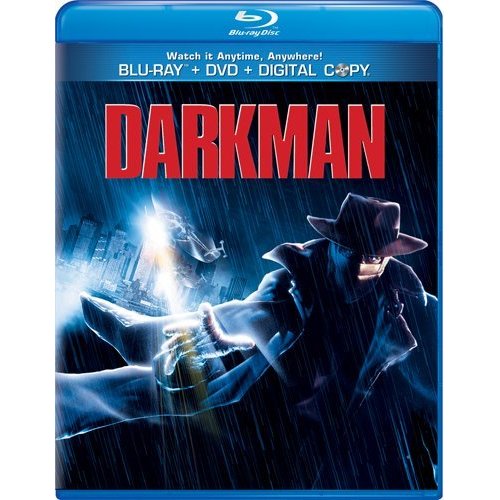 Seriously, Universal is reissuing a lot of movies today, far more than I could write about here. Deciding which of them would get the final slot in this column was a bit tricky, but I think in my heart of hearts, I knew it had to be Sam Raimi’s Darkman. For much of his career, Raimi has reveled in being the merry prankster, from The Evil Dead to Drag Me to Hell. Even the first two Spider-Man movies, big-budget Hollywood films though they were, managed to capture some of the strangeness of Ditko-era Spider-Man. Over a decade before he tackled everyone’s friendly neighborhood wall-crawler, Raimi created his own superhero, the disfigured Darkman, played by Liam Neeson before he was big. The results are as gleefully bizarre as you would expect. Raimi’s crazy camerawork is all over this thing, it’s violent as hell, and Neeson gets to say things like, “Take the fucking elephant!” Good times are had by all. Like all of today’s Universal reissues, it contains special features from previous releases, though apparently no “Tech Support for Dummies” trial, which is probably for the best.