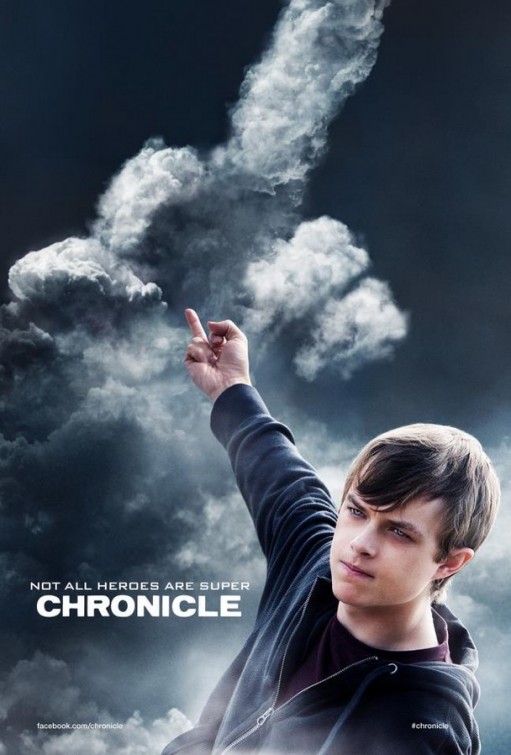 Superhero origin stories are de rigueur, as are attempts to translate those stories to the “real world.” Chronicle, from newcomers Josh Trank (director) and Max “son of John” Landis (screenplay) pulls it off surprisingly well, featuring three teenage protagonists that behave in completely believable ways when gifted with burgeoning telekinetic powers. The first half of the film is a fun, wild ride as the kids play around with levitating Legos and blowing up cheerleaders skirts. The second half gets more serious as one of them succumbs to the urge to strike back at a world that has admittedly been smacking him in the face for some time. By the time the kids master flight, forcefields, and bus-tossing, we’ve arrived at the predictable but very well played showdown of “good vs. evil.” It’s been said that heroes are defined by their villains, and trite but true it’s never more apparent than the schism between abused and angry Andrew and idle and indolent Matt. Without the need to protect innocent bystanders threatened by Andrew going all Tetsuo on downtown Seattle, it’s entirely possible Matt would have never moved past the pranking phase of superherodom. In fact I could imagine a world where he grew bored by it and actually never even used it again. But “Tetsuo” did happen, and Matt stepped up to the “Kaneda” plate…

…and that’s enough of the Akira references, I should think. Though that film’s influences on this one are fairly obvious. Not that that’s a bad thing. Though Chronicle never gets quite as apocalyptic as it’s Asian forebear, the heightened teen angst makes it feel, in context, like it’s the end of the world. Alex Russell and Michael B. Jordan as the more level-headed (relatively speaking) of the trio, are charming and funny and just the right amount of obnoxious for the roles. But it’s babyfaced Dane DeHaan as the very troubled Andrew that’s the real standout here for me. I completely bought into him as the shy, reserved wallflower with the abusive homelife that allows his resentment and anger to boil over into telekinetic villainy. The tragedy isn’t that he becomes “evil,” because I don’t believe that’s what happens. The tragedy is that you can see it coming from the very beginning and notice a half-dozen places, even at the very end, where it could possibly have been pulled back from the edge. DeHaan reminded me many times of a younger, darker Leonardo DiCaprio. I’ll definitely be checking him out in future projects.

The two biggest surprises for me in this film were 1) the special effects, which given the $15M budget are pretty damned amazing (in particular the flying sequences, including one very close call with a commercial jetliner), and 2) the “found footage” format was not nearly as annoying (or nausea-inducing) as it could have been. Now don’t get me wrong, I think this film would have benefitted from significantly LESS shaky cam (the bane of my goddamn existence), but for all of its use here there was only one moment where I felt it necessary to actually look away from the screen to avoid spewing popcorn all over the row in front of me. So if you HAVE to have shaky cam, I guess that could be put in the win column.

Chronicle manages two feats of cinematic superheroics: it takes a comic book origin story and sets it in the “real world” believably; and it finally finds a safe and sane balance of found footage shaky cam cinematography with clear and concise visual storytelling. Now, Hollywood, with that out of the way may we please never see either of those two tropes again?