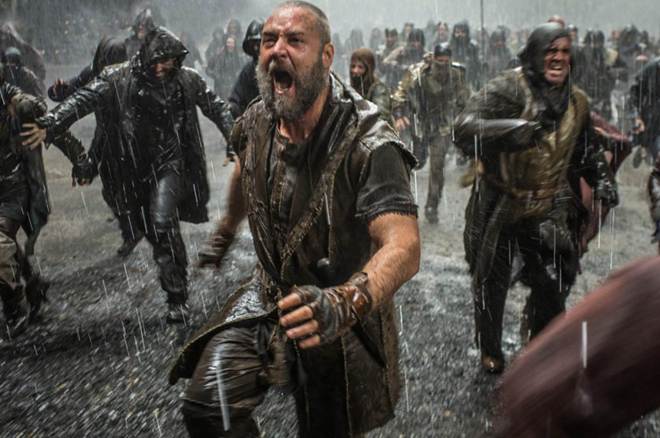 A storm is coming. No, for real, a storm is coming and it’s gonna wipe me and you and everyone we know right offa this rock: Darren Aronofsky envisions the great flood of Genesis in mysterious ways with his new film Noah. As portrayed by Russell Crowe, Noah’s, uh, a little bleaker than you might remember from Sunday school, as he is forced to grapple with whether or not to allow humanity to persist. Add in some six-armed rock monsters, glowy fingers, and some insane Fountain-esque visuals…and it’s not what almost anyone would expect from a biblical epic. We’ll tell you if that’s a good thing or not. Plus, Paul and AJ watch the Teenage Mutant Ninja Turtles trailer and talk comics both mainstream (Silver Surfer) and not (Sex Criminals).

Next: though Captain America: The Winter Soldier is in theaters as you read this, because of the way we record, it is not this week’s episode. No matter what that idiot AJ said. So! Next week! Winter Soldier is coming and we are here to talk about it.