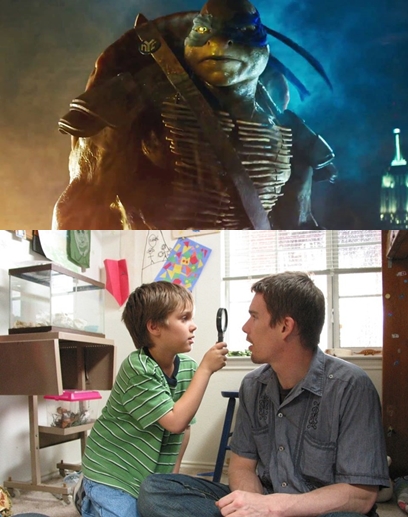 Not a boy but not yet a man; it’s something both humanoid mutant turtles and Texans experience. To cover that wide range of experience, Paul and AJ are discussing both the new Michael Bay-produced version of Teenage Mutant Ninja Turtles as well as Richard Linklater’s down-to-earth epic Boyhood. Joining them is Nowheresville director/Smoke Gets in Your Ears: A Mad Men Podcast co-host Joseph Lewis, who manages to summarize TMNT in the most beautiful way possible. That might be the only beautiful thing in relation to the movie; spoiler alert, but one of these films is a hell of a lot better than the other, and it’s probably the one about growing up without a stable father figure that was filmed over 12 years. Wait, which–which one was that? Plus, things start on a serious note with Ferguson and the passing of Robin Williams.

Next: we continue our year-long Four-Color Flashback exploration of Neil Gaiman’s The Sandman with a discussion of Vol. VI: Fables and Reflections.