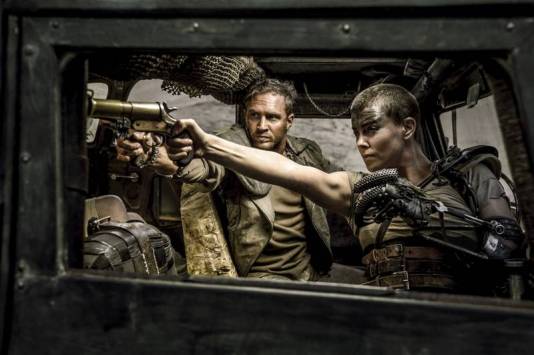 Gobbledygeek episode 232, “Fists of Furiosa (feat. Mere Smith),” is available for listening or download right here, and on iTunes here.

Our names are Paul and AJ. Our world is fire and blood. Once, we were Gobbledygeek. A podcast searching for a pop cultural cause. Here to give us that cause is none other than Im-Mere-ator Furiosa herself, Mere Smith, author of Cowface and Other Hilarious Stories About Death and writer for such fine television programs as Angel and Rome. Mere schools the boys on the feminism of Mad Max: Fury Road, the three of them discussing the film’s gender politics, its beautifully choreographed action, how the hell George Miller got this movie made, and why Mere cried during the end credits. Oh, what a lovely day.

(Show notes for “Fists of Furiosa.”)