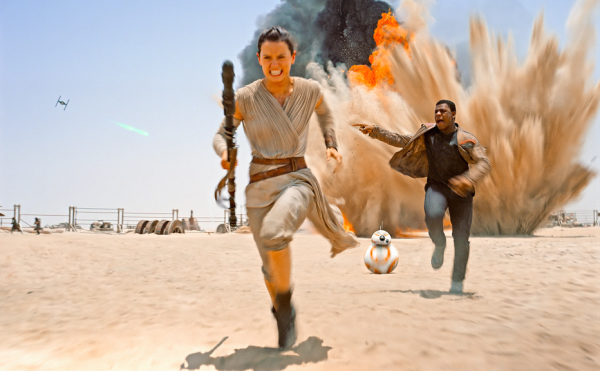 For the season finale of Gobbledygeek, Paul and AJ turn to a little-seen, rarely discussed art film: Star Wars: Episode VII – The Force Awakens. Joining them are Kenn Edwards of So Let’s Get to the Point, Broken Magic author and The Deli Counter of Justice co-editor Eric Sipple, and Star Wars superfan Andrew Allen, scum and villains all. The Force Awakens is strong with nostalgia for the original films, a fact which sits better with some of our panel than others. The gang discusses why the movie leans heavily on the past, whether or not the series is capable of looking forward, the film’s place in the established Skywalker mythos, and how it has the exact opposite problem of George Lucas’ efforts.

Next: we’re on winter break before returning in roughly three weeks’ time with a look at Quentin Tarantino’s The Hateful Eight; Eric Sipple and A/V writer-director Joseph Lewis bring us up to a Somewhat Disgruntled Four. In the meantime, thank you for a great 2015 and have yourself some happy holidays.

(Show notes for “The Ford Awakens.”)