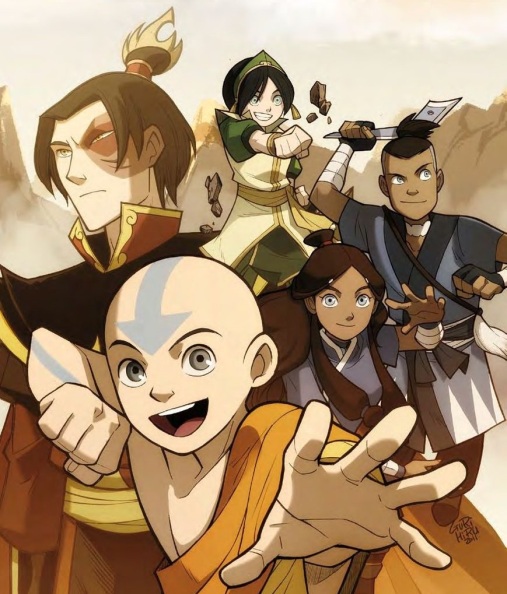 The Avatar Returns episode 22 is available for listening or download right here and on iTunes here.

The show may have come to an end, but the Aang Gang lives on as we take this opportunity to discuss “The Promise,” the first collected volume in Dark Horse Comics’ official graphic novel series continuing the world of Avatar: The Last Airbender. Written by Eisner and Harvey Award winner Gene Luen Yang (American Born Chinese; Boxers & Saints), with art by Japanese duo Gurihiru, “The Promise” picks up right where the animated series left off, but quickly demonstrates that the happily ever afters we saw in “Sozin’s Comet” may be a lot more nuanced and complicated than we thought. We talk about the book’s exploration of colonialism and cultural appropriation; how Aang’s true role as the Avatar, maintaining balance between four autonomous nations, may prove a greater challenge than defeating a single clearly-defined enemy; how well the author captures the voices of the characters, and how it all transitions from fluid animation to the static art form of comics.

Oh, and we add another title to the growing list of spin-off series we want to see: That’s So Toph!

Next: time marches on. 70 years to be exact. And with the passing of an age comes the birth of a new Avatar, with new friends, new enemies…it’s a whole new world! Join us as we discuss The Legend of Korra chapters 101, “Welcome to Republic City,” and 102, “A Leaf in the Wind.”