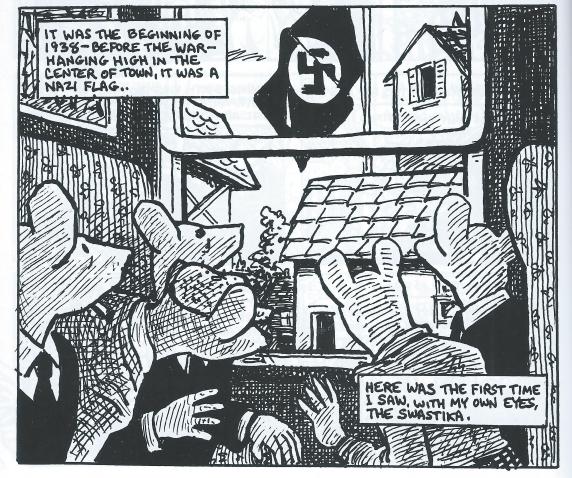 Art from ‘Maus: A Survivor’s Tale’ by Art Spiegelman.

For the latest installment of this year’s spandex-free Four-Color Flashback, Paul and Arlo tackle a big one: Art Spiegelman’s Maus: A Survivor’s Tale, still the only comic book ever to be awarded a Pulitzer Prize. Joining them to discuss Spiegelman’s harrowing account of his father Vladek’s time in the concentration camps of Nazi-occupied Poland–and Art’s own tense relationship with Vladek–is Broken Magic author and The Deli Counter of Justice co-creator Eric Sipple. The gang discusses Spiegelman’s provocative choice to depict Jews as mice, Nazis as cats, Poles as pigs, etc.; how Spiegelman follows in a tradition going all the way back to Mickey Mouse; and why it’s specifically disturbing to read Maus in 2019.

Next: Paul and Arlo will return.