Gobbledygeek episode 471, “The Batman (feat. Kenn Edwards),” is available for listening or download right here, on Spotify, and on Apple Podcasts.

Riddle me this, riddle me that…who’s afraid of Matt Reeves’ The Bat(man)? Not Paul and Arlo, that’s for sure, at least not with Project Batman vet Kenn Edwards at their side. There’s a lot of ground to cover, beginning with: Did we need the 897th Batman movie? Of course not, but since we’re here, the gang discusses Robert Pattinson’s turn as the Caped Crusader, the film’s emphasis on detective work, whether or not the story is served by a three-hour runtime, and much, much more.

NEXT: Smile! For this month’s Four-Color Flashback, Paul and Arlo have a little dental work done with Raina Telgemeier’s autobiographical novel. 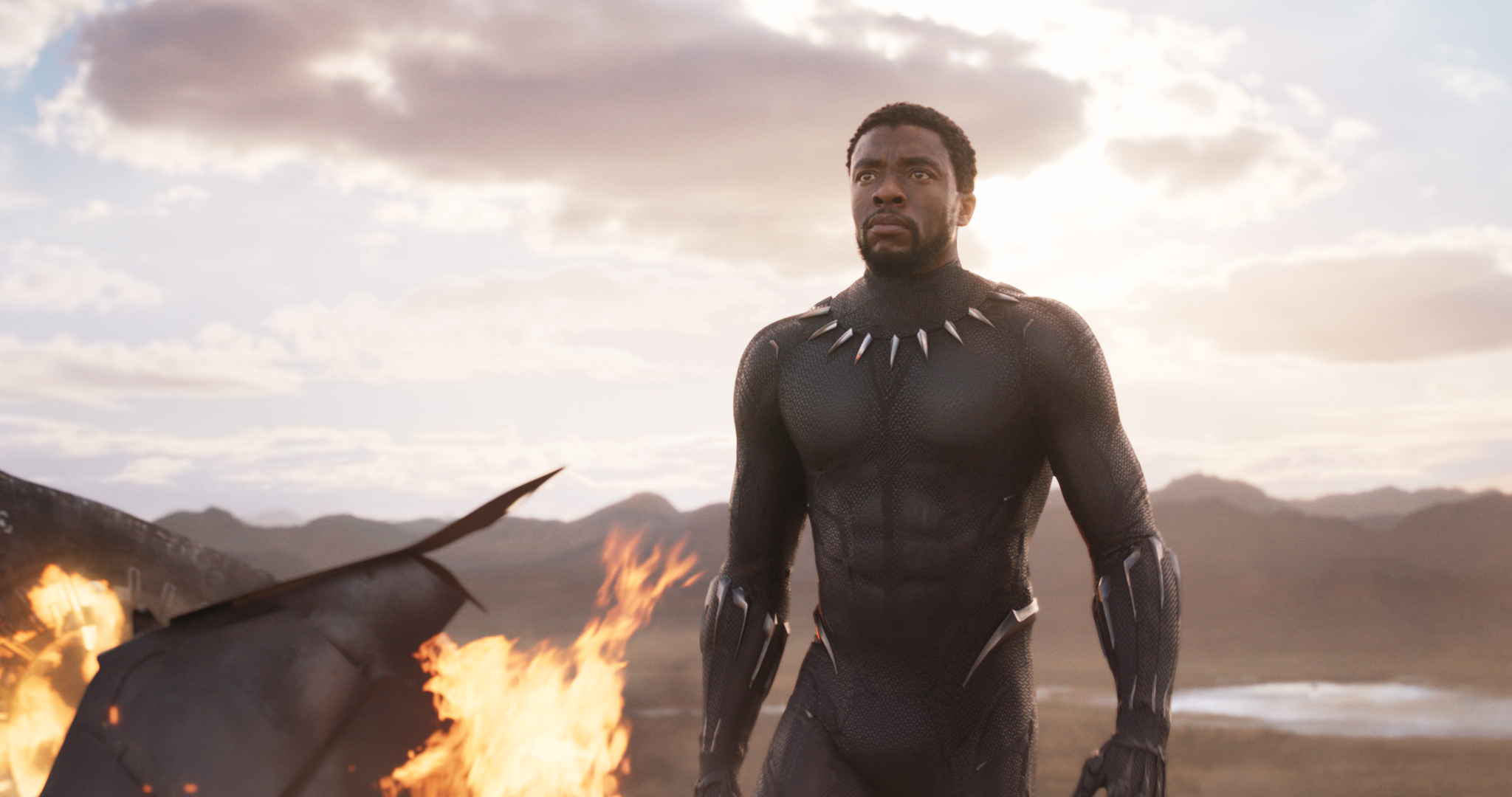 First-time guest Phaicia “Fe” McBride joins Paul and Arlo as they take a direct flight to the African utopia of Wakanda, courtesy of Ryan Coogler’s Black Panther. King T’Challa’s first feature film marks the 18th entry in the Marvel Cinematic Universe; it also marks a long overdue watershed moment for mainstream black culture. The gang discusses why Black Panther is so important and exciting; how the film takes the MCU in exciting new directions, particularly with its nuanced villain; how rare and wonderful it is to see so many female characters with agency, skill, and personality; why Ludwig Goransson’s score (and Kendrick Lamar’s soundtrack, at least according to Arlo) is a true sonic statement; and how some of the fight sequences bring to mind Sam Raimi’s Spider-Man. Plus, Arlo’s obsessed with a bizarre lo-fi mobile game called InstLife; and Paul goes full steampunk ahead with Batman: Gotham by Gaslight.

Next: despite what they say at the end of the episode, Paul and Arlo are actually getting ready for Annihilation. 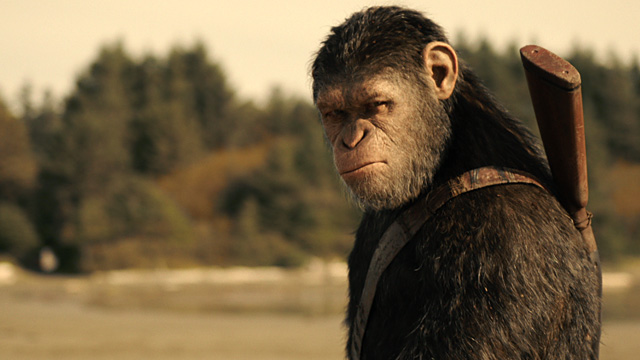 Gobbledygeek episode 319, “War for the Planet of the Apes: War for the Podcast of the Primates (feat. Kenn Edwards),” is available for listening or download right here and on iTunes here.

War for the Planet of the Apes! Huh! Who is it good for? The answer would be cinephiles searching for an intelligent, emotionally and politically resonant blockbuster. Welcome to Paradise’s Kenn Edwards joins Paul and Arlo to discuss Matt Reeves’ final installment in the so-called “Caesar Cycle,” which may be the bleakest monkey movie in history. (Also, they’re not monkeys. Just ask Arlo’s fiancée.) The gang delves into the genius of the film’s visual effects, Andy Serkis’ Oscar-worthy performance, the Apocalypse Now riffs, and how or if these films tie into the original Planet of the Apes series. Plus, Kenn finds a new way to watch Jaws, Paul comes down with The Big Sick, the Doctor is a lady, and the gang commemorates George Romero and Martin Landau.

Next: Christopher Nolan goes to war sans apes with Dunkirk.

(Show notes for “War for the Podcast of the Primates.”) 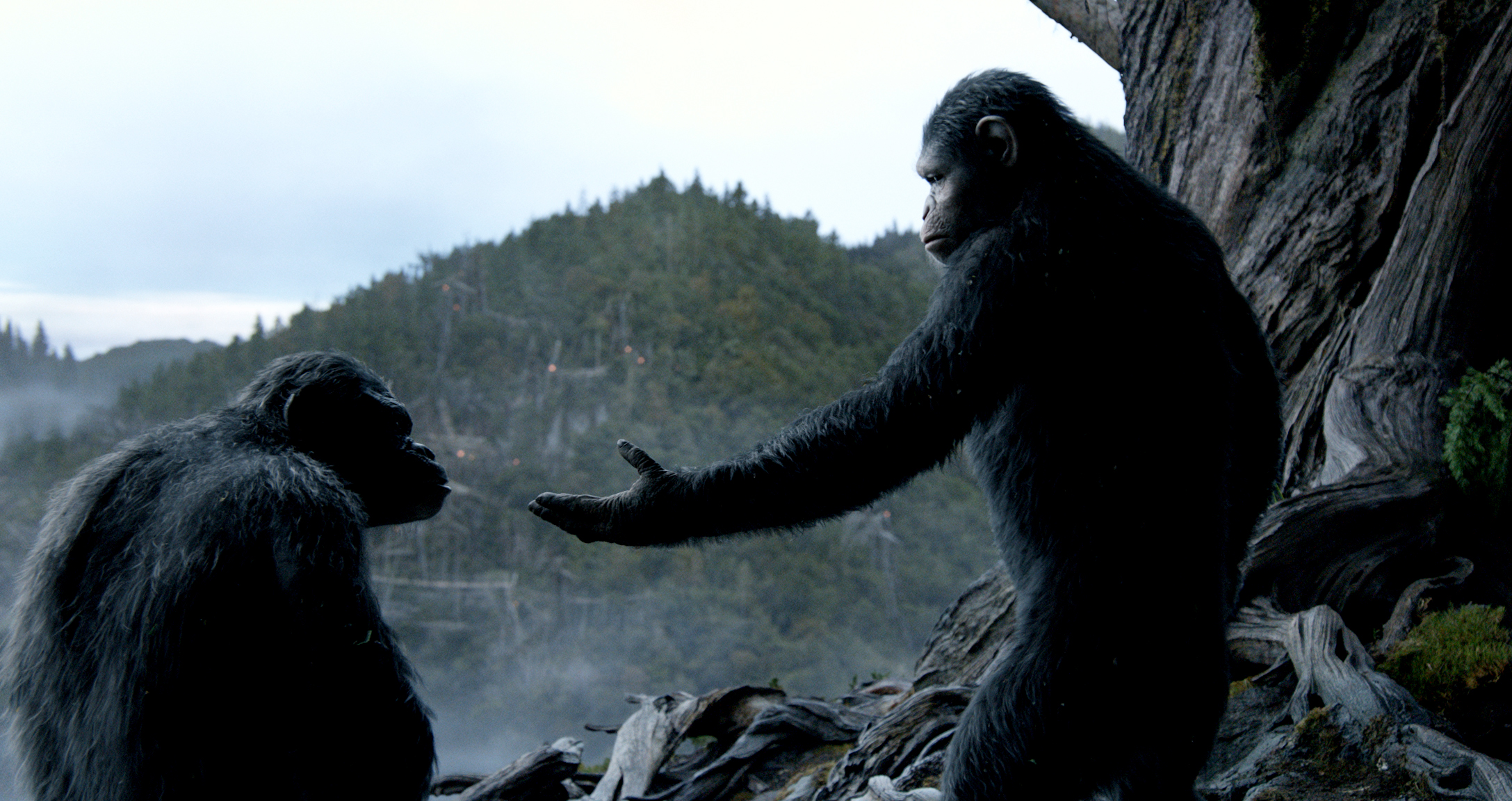 A new day has dawned, one which doesn’t shine too favorably upon humanity. In Matt Reeves’ Dawn of the Planet of the Apes, the apes have taken over…well, mostly. As Caesar and company learn, a small faction of humans still resides in San Francisco, and they believe the key to their continued existence lies in the apes’ territory. It’s not a swell situation, as Paul and AJ discover in their discussion of the second film in this new Apes franchise. They chat about the complexity of Caesar and Koba’s relationship, the likable (if simplistic) human characters, and the palpable sadness at the film’s core. Plus, the boys hop aboard the Snowpiercer train.

Next: the gang (including Nowheresville director and Smoke Gets in Your Ears co-host Joseph Lewis) straps on their musty old half-shells to revisit the original Teenage Mutant Ninja Turtles movie AKA OGTMNT.

Paul and I rambled on and on about our favorites of 2011 in our second season finale, but that isn’t gonna stop us from rambling some more. This is the first in a series of top 10s that will be spread out over the next couple weeks; the rest will concern television, albums, and comic books.

But first, a word about lists. Paul has described my obsession with list-making as a “sickness,” and that’s probably close to the truth. However, even one such as I, beholden to rating and ranking everything known to man, know that these kinds of things are imperfect, to put it lightly. For one, no matter how all-inclusive you try to be, there’s always going to be a movie (or show, or comic, etc.) that you somehow missed; for example, as of this writing, neither Paul nor I have seen The Girl with the Dragon Tattoo, Shame, or Tinker, Tailor, Soldier, Spy, just to name a few. And more importantly, lists are always subject to how their makers feel at the moment they’re making them. Each of our top 10s represent the movies we love right now, and with the exception of our #1 choices, their order could be fluid, changing from day to day, mood to mood.

Right now, though? These are the films we adore, and which we feel exemplify 2011.

PAUL: 10. RISE OF THE PLANET OF THE APES (dir. Rupert Wyatt)

The summer blockbuster that was better than any of us had any right to expect. Not only a remarkably capable relaunch/reboot of a beloved but dated franchise, but also just a damned good popcorn flick in its own right. Andy Serkis brings heart and humanity (pun intended) to the “inhuman” protagonist. It’s Pinocchio and Moses and Che Guevara. 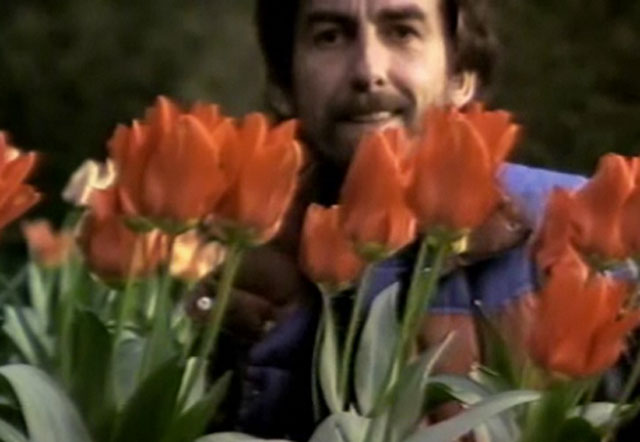 It has been lazy shorthand for decades to refer to George Harrison as the “quiet Beatle,” and though that might have a kernel of truth to it, the man himself was far more complex. Publicly, he was quiet because he desperately hated fame; professionally, he was quiet during the Beatle years because John and Paul vetoed his material, and later, because he was content with tending to his family and to his garden. Martin Scorsese’s Bob Dylan documentary No Direction Home definitively captured that 60s icon’s brilliance and enigma, and while Living in the Material World doesn’t quite do the same for this 60s icon, it comes close enough. In the first part of this two-part doc, the entire life cycle of The Beatles is rehashed yet again, though considering it’s Scorsese at the helm, it remains of interest. It’s in the second part, however, when things truly come alive. By telling of his unsung career as a film producer, enticing candid stories from a number of those closest to him, and showing private home movies, Scorsese paints a portrait of Harrison as a man perpetually struggling to reconcile his spirituality with his materialism, caught between divinity and mortality.

END_OF_DOCUMENT_TOKEN_TO_BE_REPLACED 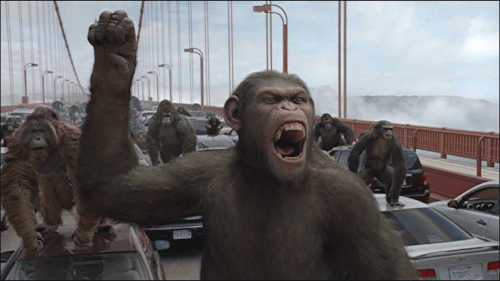 Gobbledygeek episode 62, “Get Your Stinking Prequels Off Me, You Damned Dirty Reboots,” right here.

Everything old is new again. Hollywood insists that there are no new stories to tell. This week, Paul and AJ wander through the desert of pop culture and discuss the ups and downs (mostly downs) of prequels and reboots, looking for the rare oases of creativity. Plus: Paul reviews Rise of the Planet of the Apes, and the boys wrap it up with a slew of Formspring questions.

Next: Your guess is as good as ours.

(Show notes for “Get Your Stinking Prequels Off Me, You Damned Dirty Reboots.”)

Catching up! In episode 17, Paul and I continued our countdown of the Top 100 Characters in Modern Pop Culture with #s 70-61. Be sure to listen to the show for our full run-downs, but here are some choice excerpts:

Buffy the Vampire Slayer was a series filled to the gills with loquacious and snarky characters, but Oz was unique: he was taciturn and snarky!

Enid is so cynical about everything, from her parents to her friends to the customers at the local diner. She can be hard to like at first, especially because she spends most of the book insulting anyone and everything, but eventually the walls she’s built up start to crumble.