Gobbledygeek episode 490, “Guillermo del Toro’s Pinocchio” is available for listening or download right here, on Spotify, and on Apple Podcasts.

Is that a tree branch on your face, or are you just lying to me? An extra-long Gobbledygeek season finale takes root with a discussion of Guillermo del Toro and Mark Gustafson’s new stop-motion adaptation of Pinocchio. Paul and Arlo discuss the numerous ways del Toro has made Carlo Collodi’s immortal tale his own, chiefly by making it a study of mortality–oh, and fascism too. The boys rave about Ewan McGregor’s take on the Cricket, the awe-inspiring puppetry and animation on display, and Arlo’s pot-addled epiphany. Plus, tributes to Angelo Badalamenti and Stephen ‘tWitch’ Boss, as well as a look at the Spider-Man: Across the Spider-Verse trailer. 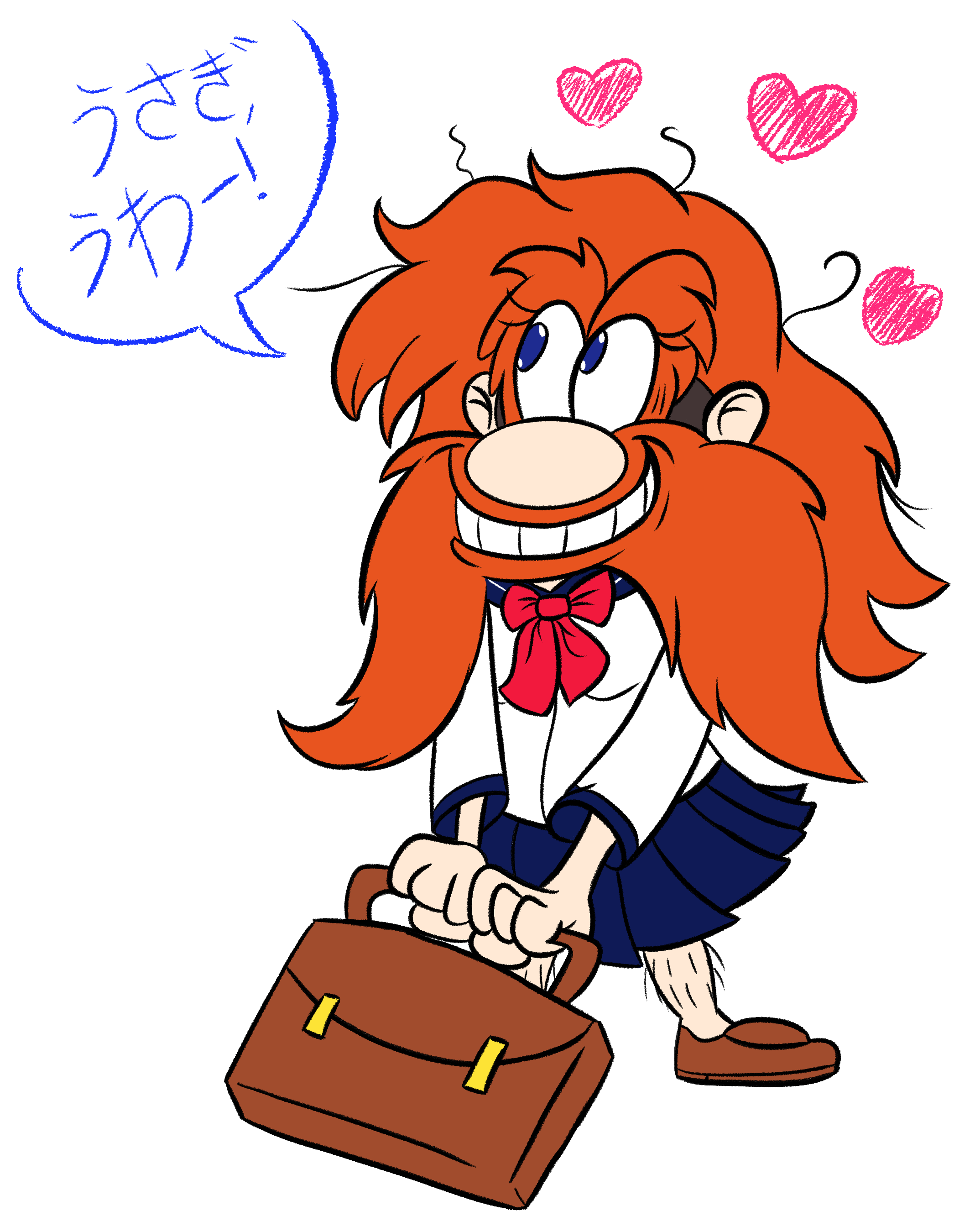 The Gobbledygeek bonus episode “Feels Like the First Time” is available for listening or download right here and on iTunes here.

Once upon a time, three idiots did a podcast. Their names were Paul Smith, Arlo “AJ” Wiley, and Joseph “Will Penley” Lewis. And no, we’re not talking about Gobbledygeek episode 400–we’re talking about the very first episode, recorded a full decade ago. This painful, awkward reminder of where it all began has been lost to time and/or the BlogTalkRadio servers for at least a few years now. Now, it has been restored–but never remastered–to its proper glory. Relive the earliest day of the podcast, with discussion of Alice in Wonderland, Lost, Joss Whedon, Kevin Smith, and a whole bunch of random nerd shit they did not have the faculties to properly critique. Enjoy?

He only looks innocent.

Gobbledygeek episode 378, “The Dog Ate My Sleep,” is available for listening or download right here and on iTunes here.

We’re tired. So tired. That’s what you want to hear when you’re about to fire up a podcast, right? You are reading this, aren’t you? Buried among such illuminating subjects as the coffee Arlo’s drinking, Paul’s underhanded behind-the-scenes manipulations, and the boys’ general unprofessionalism, there is indeed some pop culture palaver and parley. The boys are digging HBO’s troubled teens drama Euphoria despite being approximately 400 years too old to say things like “that’s a mood”; Arlo is losing faith in The Handmaid’s Tale; Paul remembers Yesterday; and they both are in awe of Toy Story 4 being so much more than a cynical cash-grab.

Next: Toby Maguire now vanquished, Jake Gyllenhaal finally makes his way into a Spider-Man movie, donning a fishbowl for Spider-Man: Far From Home.

(Show notes for “The Dog Ate My Sleep.”)

Gobbledygeek episode 367, “Dentophobia,” is available for listening or download right here and on iTunes here.

In which our daring duo defies devilish dentists. In all sincerity, here’s a big fat content warning: if, like Paul and Arlo, you are one of the 5-15% of adults with dentophobia, we talk about the dentist. A whole bunch. From childhood orthodontic nightmares to phantasmagoric periodontics of the present day, the boys discuss in (perhaps excruciating) detail their toothy troubles. Plus, if that doesn’t turn you off of the whole damn enterprise, there’s also talk of How to Train Your Dragon: The Hidden World in IMAX, Netflix’s take on The Umbrella Academy, and a belated discussion of seasons 2 and 3 of AMC’s Preacher adaptation.

Still from ‘How to Train Your Dragon: The Hidden World,’ featuring Toothless and Hiccup (Jay Baruchel). Directed by Dean DeBlois.

Gobbledygeek episode 366, “How to Train Your Dragon: The Hidden World (feat. Eric Sipple),” is available for listening or download right here and on iTunes here.

Paul and Arlo return to the land of Berk one last time for a discussion of How to Train Your Dragon: The Hidden World. Joining them is their fellow dragon rider (and The Deli Counter of Justice co-editor) Eric Sipple. The gang discusses their journey through the years with Hiccup and Toothless, whether or not the supporting cast weighs the series down, writer-director Dean DeBlois’ original intentions for the villain, and their differing interpretations of the conclusion.

Next: enter the void.

(Show notes for “How to Train Your Dragon: The Hidden World.”)

Gobbledygeek episode 364, “Bedknobs and Broomsticks / Chicago: We Both Reached for the Broom,” is available for listening or download right here and on iTunes here.

This week finds Paul and Arlo being a coupla ding-dong daddies as another musical Geek Challenge is summoned from a mail-order spellbook. First, Paul challenges Arlo to Bedknobs and Broomsticks, Robert Stevenson’s 1971 follow-up to Mary Poppins. Then, Arlo forces Paul to endure Rob Marshall’s 2002 Best Picture winner Chicago. Witchcraft and murder…this one’s got it all. The boys discuss Bedknobs and Broomsticks’ unlikely connection to The Island of Dr. Moreau, whether or not Chicago deserves its reputation as one of the weakest Best Picture champs, and why Paul refuses to pay Rent.

Next: after a week off, we’re back for our second Four-Color Flashback of 2019, discussing March by John Lewis, Andrew Aydin, and Nate Powell.

(Show notes for “Bedknobs and Broomsticks / Chicago: We Both Reached for the Broom.”)

Gobbledyween returns! Again! Greg Sahadachny, once and future host of The Debatable Podcast, returns! Again! To close out our truncated season of horror happenings, Paul, Arlo, and Greg flip ahead to George A. Romero and Stephen King’s kooky 1982 splash page Creepshow. Indebted to old EC horror comics, Creepshow has become a cult classic in its own right, as silly and lowbrow as it is reverent and artful. The gang discusses why the meeting of these two horror masters may not be what you would expect; the underrated craft of Romero’s filmmaking; how tough it is to view Leslie Nielsen as anything other than the Naked Gun guy these days; and Ted Danson’s head in a tank. Plus, Paul travels to the fantastical world of Hilda; Arlo checks into The Haunting of Hill House; and forgive us, Carpenter, for we have synth-ed.

Next: the show blows up.

Gobbledygeek episode 340, “Batman: A Death in the Family (feat. Kenn Edwards),” is available for listening or download right here and on iTunes here.

For the (belated) inaugural installment of Four-Color Flashback 2018, wherein Paul and Arlo will be discussing a different classic superhero story each month, they’ve recruited their old pal Kenn Edwards to help them discuss Batman: A Death in the Family by writer Jim Starlin and artist Jim Aparo. Kenn knows a thing or two about the Caped Crusader, having been part of the Batman Immortal fan film project. However, he’s never read this particular story, in which the Joker savagely beats Robin to death. That puts him on equal footing with our hosts: it’s one of Arlo’s blind spots and Paul hasn’t read it since it was published in 1988. They’re all a little shocked by how anachronistic its goofy plotting and dialogue seem given its release in a post-Dark Knight Returns landscape. Superhero comics were starting to mature, and this one feels like it may have gotten left behind. The gang discusses the impact of Robin’s death; whether Bruce’s hypocrisy is a bug or a feature; the ludicrous political implications of the Joker’s scheme; and why the follow-up story A Lonely Place of Dying is much better. Plus, Arlo is still watching Disney cartoons.

Next: be vewwy, vewwy quiet. The boys and their pal Nate Curtiss are hunting Krasinskis for a discussion of A Quiet Place.

(Show notes for “Batman: A Death in the Family.”)