Taylor Swift in the music video for ‘cardigan’ (2020), directed by herself

Paul and Arlo are doin’ good, they’re on some new shit: actually talking at length about music! A/V director and founding Gobbler Joseph Lewis joins the boys to rave about Taylor Swift’s newest (and best) album, Folklore. The gang discusses how Folklore offers a more mature and introspective look at Swift’s pop star persona, how the collaboration with The National’s Aaron Dessner enhances her sonic palette, the drama of the Teenage Love Trilogy, the beautiful video for “cardigan,” and more.

Next: slippin’ and slidin’ with Class Action Park.

Gobbledygeek episode 410, “Geek Challenge: Puppet Master vs. Seed of Chucky,” is available for listening or download right here and on Apple Podcasts here.

They’ll tear you a new puppet hole, bitch! The worlds of Charles Band and Don Mancini collide in a pre-Gobbledyween Geek Challenge. Paul sends Arlo a psychic alert letting him know to watch 1989’s Puppet Master, the first of producer Band’s direct-to-VHS Full Moon Features and the source of approximately one trillion sequels. In turn, Arlo goes meta and has a doll voiced by him call Paul while the real Arlo is tied to a bed behind him, commanding Paul to watch 2004’s Seed of Chucky. Paul recounts the joy of watching Full Moon Features in his 20s, Arlo launches a full-throated defense of Mancini’s vision, and they are both just completely miserable. Plus, the boys have nothing but nice things to say about Taylor Swift’s Folklore.

A Shakey’s Pizza in the wild.

Gobbledygeek episode 390, “Freegobble: Return to InfoPrison,” is available for listening or download right here and on iTunes here.

Ever have a job so shitty, it haunts you years (or even decades) down the line? Paul and Arlo have, and it’s called Gobbledygeek! Hey-o! In all seriousness (?), Paul recounts a traumatic experience at Shakey’s Pizza and Arlo is filled with regret over his time at the right-wing call center InfoCision. Cue flashbacks to high school football teams ravenous for wings and evil televangelists separating the faithful from what little coin they carry. Speaking of the latter, Arlo laments Kanye West’s evangelical turn on Jesus Is King. Elsewhere, Paul watches TV, including Succession, Primal, Daybreak, Watchmen, and Modern Love; and braves crowds of drunken revelers at shows for Bastille, Joywave, Trampled by Turtles, and The Avett Bros.

There’s a running joke that Paul and I don’t know how to talk about music. And though we’ve been assured by reputable sources that we don’t too bad a job of it, well…I tried writing little blurbs for the albums on my list and felt like a jackass. So we’ll again be presenting our lists (my top 10 and Paul’s top 5) without comments, as Paul’s already done with this year’s movies and comics lists.

In lieu of our dumb words, enjoy some songs from our favorite albums of 2014.

END_OF_DOCUMENT_TOKEN_TO_BE_REPLACED 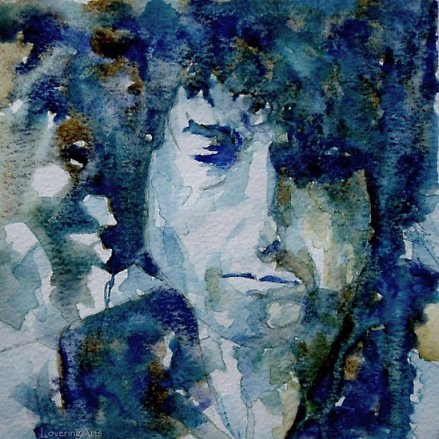 Gobbledygeek episode 137, “Tangled Up in Bluebirds,” is available for listening or download right here, and on iTunes here.

Late one evenin’, the boys were recordin’
Talkin’ about Bob Dylan
How AJ saw him live
To see if he was still freewheelin’
Paul, he said he liked Oblivion
Oh, that Tom Cruise
Hemlock Grove, Paul liked the pilot
AJ thought it’d make him snooze
And Boston unfolded right before our eyes
Police scanners heard
Fake tweets and false news
Also, Paul was attacked by a bird and now threatened by a herd
Tangled up in bluuuuuuebirds

Next: the Summer Movie Preview!

We’ve already discussed our favorite films, TV series, and comics of 2012. Now, to round things out before the impending season 4 premiere, we’ll “discuss” our favorite albums. “Discuss” is in quotation marks because, as we’ve frequently noted on the show, we are really, really bad at knowing how to talk about music. So we figured we’d let the music speak for itself.

Enjoy and check back on Sunday for the season premiere of GOBBLEDYGEEK!

END_OF_DOCUMENT_TOKEN_TO_BE_REPLACED

This episode was meant to go up last week, but fearless editor Paul was suffering from a case of nearly dying (feel better, Paul!). It’s here now, though!

The boys would like to sing a little song for you. Actually, no they wouldn’t, because that would be awful for your ears, but they would like to tell you about songs they’ve enjoyed so far this year. Paul and AJ’s musical interests don’t always overlap; Paul listens to sensitive singer-songwriter types, while AJ’s that guy who actually reads Pitchfork. Still, they’re able to unite over a few weirdos like Jack White, Father John Misty, and Leonard Cohen. AJ also tells you why you should listen to new records from Spiritualized, Dr. John, and The Men; while Paul gives you the low down on Fort Atlantic, Band of Skulls, and even Lana Del Rey.

Next: Paul and AJ discuss The Amazing Spider-Man, which, SPOILER ALERT, might prove to be pretty divisive.

Hey, Mr. AJ is a new column in which I plan on writing some things about the new music I hear. They’ll be brief reviews, divided into sections: MAXIMUM GOBBLING for the masterpieces; GOBBLE IT for the merely great; WORTH GOBBLING for other good releases; GOBBLE? for those albums which aren’t really good or bad, just sort of okay; DO NOT GOBBLE for the shitty; and RUN, DON’T GOBBLE! for the awful. Got it? Now, don’t ask me again.

I’m a Beatlemaniac, so I see the Beatles everywhere. Bear with me. On their debut album Innerspeaker, Australian psych-rock band Tame Impala manage to do what the Olivia Tremor Control did on 1996’s masterful Music from the Unrealized Film Script, Dusk at Cubist Castle; without compromising their creativity or their own unique vision, they capture the spirit of the post-Sgt. Pepper, pre-Abbey Road Beatles. Specifically, both albums remind me of the more freewheeling psychedelic cuts on Yellow Submarine, like George Harrison’s “It’s All Too Much.” Indeed, lead singer Kevin Parker’s voice reminds me of Harrison’s in that soaring, nasally way, which also makes it at times resemble John Lennon’s. But as I said, this is no rip-off, and Tame Impala sound like their own band, embracing the hazier realms of psychedelia that the Fab Four rarely did. It’s misty, delightful music that lulls you into another world with its spiraling distorted guitars, insistent drums, and far out yet pleasingly retro production techniques. Innerspeaker hasn’t made its way to the States yet, but whenever you get the chance, take a listen. You’ll be glad you did.