Gobbledygeek episode 476, “Doctor Strange in the Multiverse of Madness,” is available for listening or download right here, on Spotify, and on Apple Podcasts.

Paul and Arlo are going slightly mad. Doctor Strange in the Multiverse of Madness is the MCU’s latest trip through the titular multiverse, fracturing and reshaping reality to meet the franchise’s corporate needs. If that sounds a little unenthused, well, what can we say? The boys didn’t love this one. Paul, ever the optimist, discusses why the MCU’s depiction of sorcery continues to be one of its greatest assets. Arlo, ever the cynic, expresses appreciation of Sam Raimi’s trademark flourishes before lamenting that they’re all recycled riffs. Along the way, they discuss the film’s odd function as a WandaVision sequel, whether punching star-shaped holes in the universe is good goofy or bad goofy, those weird fucking kids, and more.

Patrick Stewart does not deserve this, but we do.

Gobbledygeek episode 402, “Normal People Like Peanut Butter,” is available for listening or download right here and on iTunes here.

Another week, another reckoning with the apocalypse. As the country gears up to reopen, Paul and Arlo discuss how their home states of Alabama and Ohio are handling things. They are not optimistic! Crowds packed close, restaurants teeming with teens, maskless mugs–these things, and more, contribute to our hosts’ reluctance to get this society back on the road. After they’re done ruminating on our impending doom, Paul raves about Hulu’s Normal People; Arlo recommends two more Hulu series, PEN15 and Ramy; they’re both excited about the forthcoming Sandman audio drama; and the announcement of a much sooner release date for the filmed performance of Hamilton leads Arlo to go negative on negativity. Plus, bones slathered in peanut butter. 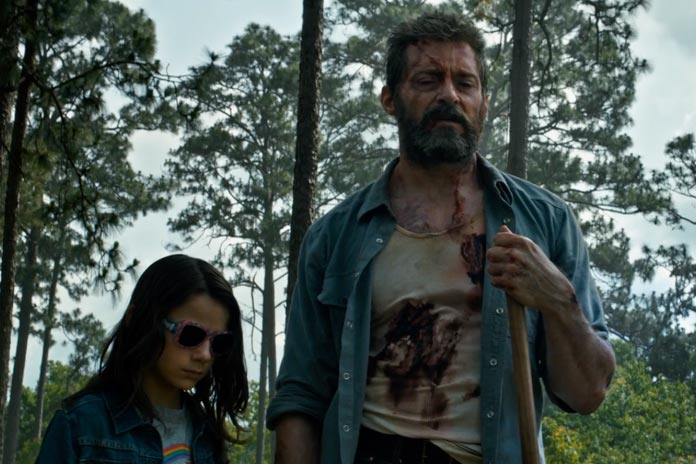 Gobbledygeek episode 303, “Don’t Be What They Made You,” is available for listening or download right here and on iTunes here.

People get old. Claws get rusty. Movie franchises get tired. After 17 years of real-world time and 150+ fictional years, the time has come for James “Logan” Howlett AKA Wolverine to take a bow. In Logan, the final film featuring Hugh Jackman in his iconic star-making role, we’re introduced to a near-future bereft of mutants and full of sorrow. Logan’s mind is a potent cocktail of regret, pain, and futility. When a young girl named Laura throws him back into action, he takes the nonagenarian Professor X on the road for one last adventure. Though “adventure” is not a word one would use to describe this brutal, melancholy film, about as far in tone as you could get from any of the nine previous installments in the X-Men series. Paul and Arlo discuss the film’s worthiness as a swan song for Canada’s most violent, how it fits perfectly alongside Cop Land in director James Mangold’s canon, whether or not the very R-rated violence is gratuitous, and if in a perfect world this should be the end of the X-Men’s silver screen career.

Next: Paul and Arlo will be subjecting each other to yet another Geek Challenge. Paul must finally watch Tommy Wiseau’s infamous 2003 cult classic The Room, while Arlo is tasked with Sidney Lumet’s 1982 crime comedy Deathtrap.

(Show notes for “Don’t Be What They Made You.”)