Welcome to Last Month’s Comics, in which I discuss, uh, last month’s comics. I get my comics in bi-monthly shipments from Discount Comic Book Service, and as such, I can be a little behind. So here we are. This feature started last month. 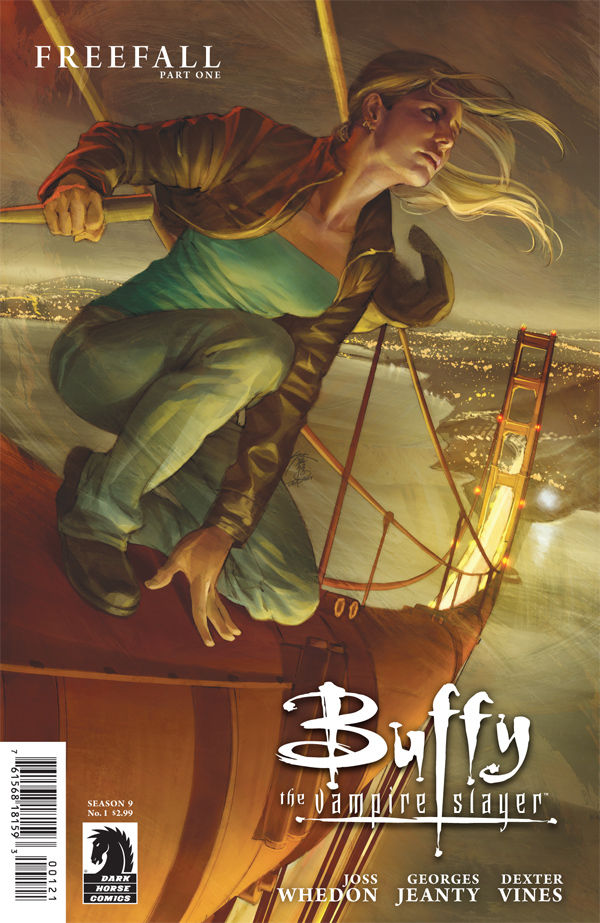 To say that I was pleased upon finishing the first issue of the new “season” of Buffy is an understatement. Season 8 started off very well, with Buffy leading an army of 500 Slayers and trying to unmask the mysterious foe Twilight. And to tell the truth, it was great for much of its run, with an occasional stumble (vampires being outed to the public wasn’t handled with much finesse). But the last story arc, with the reveal of Angel as Twilight, cosmic sex, and general batshit insanity, was so damaging that even someone who considers Buffy the Vampire Slayer to be the greatest piece of entertainment ever given us by man had come to the conclusion that it might be for the best if Ms. Summers was finally laid to rest. The final issue of Season 8, though, was a dramatic 180 from the pace and structure of the last few issues leading up to it, and the Season 9 premiere continues in that vein. With Giles gone and magic vanquished, Buffy is depressed and adrift, working as a waitress and getting blackout drunk. It’s all done with Whedon’s razor-sharp wit and keen sense of twenty-something angst. The final “shock twist” is so humdrum and everyday it’s hilarious. In many ways, the metaphorical “party” is over for our Scoobies; now what? I can’t wait to find out.