#LifeChange is in the air! That’s right, this week, the boys have a lot on their minds. As Paul embarks on a new chapter of his life, AJ deals with the major hang-ups of being a homeowner by proxy. None other than frenemy of the show and The Deli Counter of Justice co-editor Eric Sipple is on hand to listen to their whinging; after which, the gang gets down to some serious writing talk. The boys discuss the perils of writing flash fiction (AKA extremely short stories), what you can learn from such constrictions, and what’s next for the Deli-verse, plus plenty more.

For the week of St. Patrick’s Day, The Deli Counter of Justice will only be $0.99 for the Kindle! Click here to get the book. We’ll also be releasing three FREE short (very short) stories set in New Caliburn, all of them St. Paddy’s-themed. Eric Sipple already got you wasted with“St. Paddy’s Day,”  then Paul Smith taught you to fly with “Whiskey Magic.”

Now, for the last of our three stories, “Fear the Clurichaun,” Arlo J. Wiley invites you inside Cook’s Deli as proprietor Carl Cook AKA the retired superhero Piecemaker endures his least favorite day of the year into the wee hours. This may be our final story (for now!), but the sale continues for the rest of the week.

To distract himself from the remaining St. Paddy’s revelers crowding his deli, Carl silently cursed the shamrock hanging above the counter. Tabitha had bought the dumb thing at an antiques shop, teasing her dad about his newfound hatred for St. Patrick’s Day (discovered when he opened an eatery subject to late-night drunks on the Row) as she nailed it up.

Now it was 2:30 a.m., only another half-hour before Carl could wash the smell of corned beef and sauerkraut from his clothes. He made his way behind the counter, where he was bombarded with orders for two more Reubens. Heading to the kitchen to boil another slab of beef, Carl decided the overflowing bags of trash needed taken care of first. He went out the backdoor, propping it open with an old packing crate.

The lid to the dumpster was already open, and he noticed a dog sitting in the alley. It was fitted with a little saddle.

END_OF_DOCUMENT_TOKEN_TO_BE_REPLACED

For the week of St. Patrick’s Day, The Deli Counter of Justice will only be $0.99 for the Kindle! Click here to get the book. We’ll also be releasing three FREE short (very short) stories set in New Caliburn, all of them St. Paddy’s-themed. Eric Sipple already got you wasted with “St. Paddy’s Day.”

Now we have a new story by Paul Smith, featuring Aegis, whom you may remember as Piecemaker’s former sidekick Crashtest from Paul’s anthology contribution “…A Hero Only One.” Enjoy!

Apparently, magic whiskey smells like mud and Froot Loops. Robbie hadn’t tasted it yet. His older brother claimed he’d bartered with an old wizard up in Harren Mast for the whiskey, implying he’d paid some terrible mystical price for it. Robbie suspected he’d actually gotten it on the Internet. In any case, Dean said it would give them powers. Dean had always wanted to be a superhero. So, magic whiskey.

For his part, Robbie had always wanted to be Dean. So…magic whiskey.

At fourteen, eight years younger than his brother, he was always eager to tag along with him and his friends whenever they’d let him. He was the butt of their jokes, subject to endless pranks. But he knew he could prove to them that he was more than just the sidekick.

END_OF_DOCUMENT_TOKEN_TO_BE_REPLACED 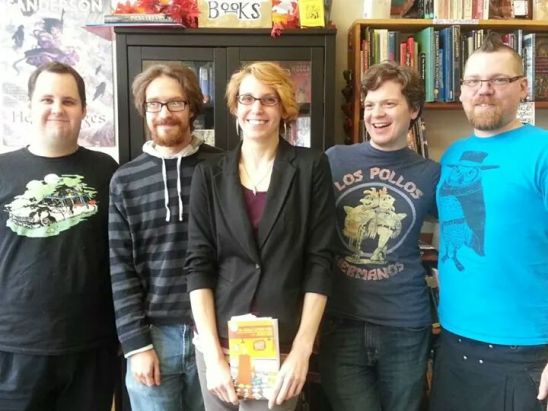 Gobbledygeek episode 212, “Justice Will Be Read,” is available for listening or download right here, and on iTunes here.

To kick off Gobbledygeek season 6, we have for you what we promised at the end of last season: a (nearly) full audio recording of The Deli Counter of Justice reading at Rickert & Beagle Books in Pittsburgh, PA on December 13, 2014. Paul, AJ, and Eric Sipple round out the Deli brain trust, with contributors Thomas Dorton and Alyssa Herron also on hand to read from their stories. In addition, there a few Qs & As before the audio cuts out. We hope you enjoy listening as much as we did reading. Plus, Paul and AJ tease some highlights from the forthcoming season of the show.

Next: the boys discuss the odd, brilliant Cartoon Network mini-series Over the Garden Wall.

(Show notes for “Justice Will Be Read.”)

The superhero short story anthology The Deli Counter of Justice is now available on Amazon in both physical and digital formats. The paperback is listing for $13.99, while the Kindle version runs $6.99. If you’re not familiar with the collection (you can check out all of our author interviews and posts here), here’s what it’s about:

For decades, Carl Cook fought crime in the city of New Caliburn as the superhero Piecemaker. With the power to disassemble most everything around him, Carl was very good at taking things apart; less so at putting them back together. One divorce and an alienated daughter later, he realized the toll heroing had taken. In an attempt to move on and take charge of his life, Carl hung up the cape and opened Cook’s Deli.

But things are never that simple in the superhero capital of the world. Cook’s Deli has a front-row seat to the city’s superpowered exploits, from the exciting to the bizarre. A former sidekick discovers just how hard life is without a hero, a psychic rat goes on the warpath for another slice of rye, a D-list villain plots his revenge…these are just some of the adventures going on right in front of the deli counter. Carl may change the world, even more than he did in costume. Only now he does it one cold cut at a time.

The book was edited by our very own Gobbledygeek co-host Arlo J. (AJ) Wiley, alongside Paul Smith and Eric Sipple. We are very excited to finally bring it to the public. We hope you enjoy it.

For an alternative to Amazon, please feel free to purchase the book via Smashwords.

Continue after the jump for a new installment of The Deli Podcast of Justice.

END_OF_DOCUMENT_TOKEN_TO_BE_REPLACED 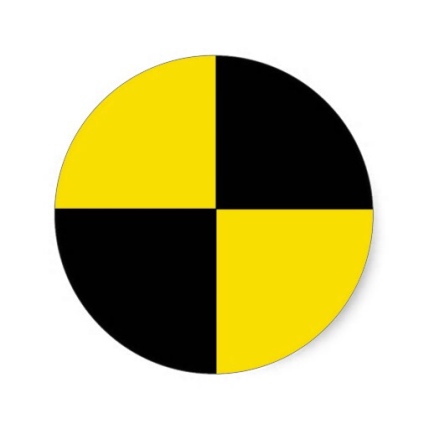 The Deli Podcast of Justice interview with Paul Smith is available for listening or download right here, and on iTunes here.

The Deli Counter of Justice drops in less than a week, on Wednesday, November 5, and thus we have reached our final author interview. Paul Smith, part of the collection’s braintrust alongside AJ and Eric, talks about his story “…A Hero Only One,” which concerns Piecemaker’s former sidekick Crashtest. Paul discusses the fact that this is the first piece of writing he’s finished, which he claims led to plenty of self-flagellation, banging his head into hard surfaces, and lots of alcohol; the decades he’s spent reading comics, superheroic and otherwise; and his storytelling start as an RPG game master.

Next: no more interviews, but there will be one more podcast before the book’s release!

(Show notes for The Deli Podcast of Justice #11.)

Continue after the jump for an introduction to the main character from Paul’s story, which Eric challenged him to.

END_OF_DOCUMENT_TOKEN_TO_BE_REPLACED

The Deli Podcast of Justice interview with Alyssa Herron is available for listening or download right here, and on iTunes here.

Alyssa Herron doesn’t have a lot of experience with superheroes, which is exactly why The Deli Counter of Justice crew tapped her to contribute to the anthology. Paul and Eric talk to Alyssa about her story “Delilah by Proxy,” which she describes as a superhero story for people who would never read superhero stories. They discuss how Alyssa’s love affair with writing started with a poetry contest, her outline-heavy approach to this story, and how her acting experience informs her ability to take notes.

Next: for our final author interview, AJ and Eric turn to one of their own, Paul Smith, on Thursday, October 30.

(Show notes for The Deli Podcast of Justice #10.)

The Deli Podcast of Justice interview with Arlo J. Wiley is available for listening or download right here, and on iTunes here.

As our author interviews for The Deli Counter of Justice continue, editor-in-chief Arlo J. Wiley (or AJ when he’s not being pretentious) finds himself in the hot seat. AJ discusses his short story “Innovation,” about a D-list supervillain who starts frequenting the deli he doesn’t realize is owned by his former archnemesis. Other points of discussion are AJ’s history with screenwriting, how he learned to read in part from ’70s and ’80s superhero comics, and about his desire to take superheroes in a new direction.

Next: Paul and Eric chat with “Delilah by Proxy” author Alyssa Herron on Tuesday, October 28.

(Show notes for The Deli Podcast of Justice #9.)

Continue after the jump for an introduction to the main character from AJ’s story, which Eric challenged him to.

END_OF_DOCUMENT_TOKEN_TO_BE_REPLACED

The Deli Podcast of Justice interview with C. Gayle Seaman is available for listening or download right here, and on iTunes here.

Superheroes aren’t all fisticuffs and laser vision. They’re also poetry in motion, something C. Gayle Seaman hits upon with her contribution to The Deli Counter of Justice, the poem “Spring Memories,” in which a young man reflects on a childhood encounter with his idol Piecemaker. Paul and AJ talk to Gayle about her family’s history in the newspaper business, the romance novel she wrote a few years back, and how the fairy tale characters of Hans Christian Andersen and the Brothers Grimm were her first superheroes.

Next: on Thursday, October 23, Paul and Eric turn the tables on AJ to discuss his story “Innovation.”

(Show notes for The Deli Podcast of Justice #8.) 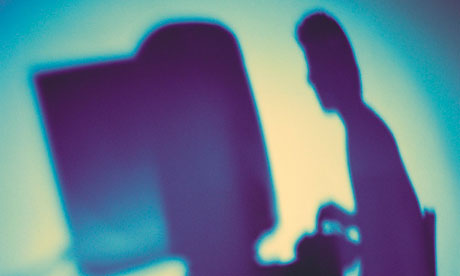 The Deli Podcast of Justice interview with Kitty Chandler is available for listening or download right here, and on iTunes here.

Superheroes don’t always slap on shiny spandex to soar the friendly skies. They also “lurk in the shadows and skulk in darkness,” as Kitty Chandler puts it. Rashida, the young woman at the center of Kitty’s The Deli Counter of Justice story “Calculated Risk,” is one of those. She spends hours in her basement doing off-the-grid surveillance, dispatching nearby heroes to deal with crimes no one else is paying attention to…until one day, when things don’t go quite as planned. AJ and Eric talk with Kitty about her previous experience with anthologies (including her own, Black Ice), her devotion to any and all X-Men comics, and how guidance from her “editrix” improves her writing.

Next: Paul and AJ interview C. Gayle Seaman, one of two poets whose work appears in the book, on Tuesday, October 21.

(Show notes for The Deli Podcast of Justice #7.)