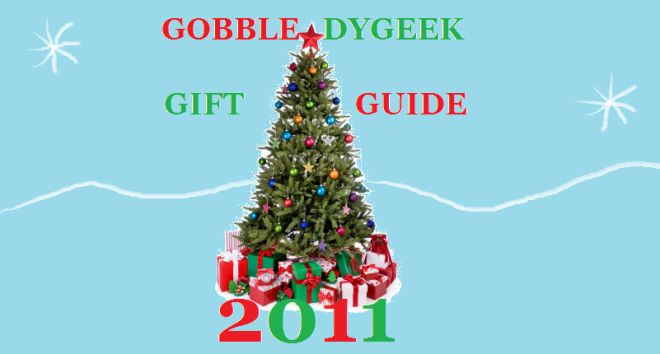 On the new episode of Gobbledygeek, Paul and AJ told you about all the things you should buy this Christmas season, and now here’s a comprehensive guide! (Including a few items that weren’t even mentioned on the show.)

Note: Most links and prices are from Amazon. 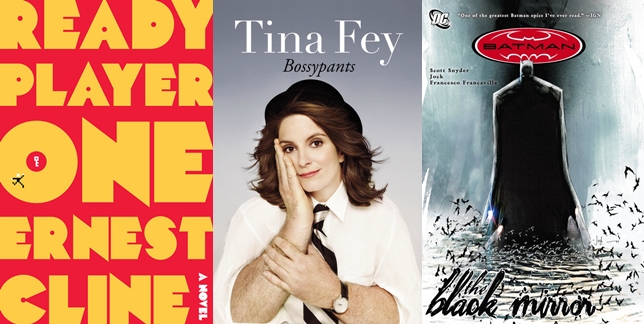 Hands down one of the best science fiction books I’ve read in recent memory. It’s like my admittedly overdeveloped nostalgia gland were milked and distilled onto the page. This book is my geeky, pop-culture DNA printed in ink. ~ Paul

END_OF_DOCUMENT_TOKEN_TO_BE_REPLACED 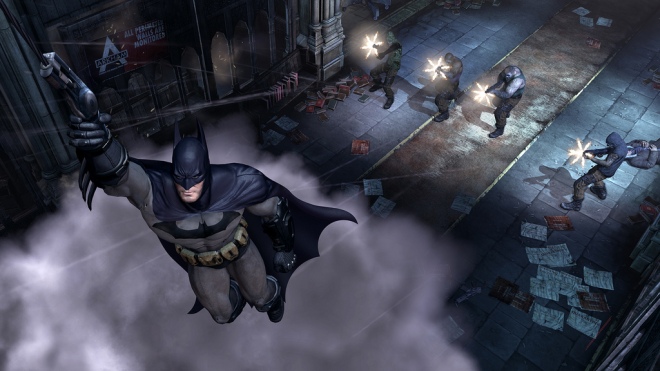 When Batman: Arkham Asylum was released in 2009, it was nothing short of a revolution for superhero video games. Before, there had been a handful of great superhero games, but most of them had been arcade side-scrollers or team brawlers (Activision’s first Spider-Man game is a notable exception). Arkham Asylum, however, placed you so fully in Bruce Wayne’s combat boots that it actually felt as if you got to know the hero better just by pushing some buttons and toggling an analog stick. Not only did you battle some of the Dark Knight’s greatest villains, you also sneaked around in the shadows, stealthily taking out bad guys before they even noticed you were upon them. The mix of fighting-and-hiding was extremely addictive and felt like the reinvention of an entire genre.

At the time, it would have been ridiculous to look at Arkham Asylum and go, “Great game, but look at all that untapped potential!” After having played Arkham City, though, it’s a reasonable reaction. Almost everything that was great about the first game has been refined, perfected, and expanded to create the most immersive superhero game yet released. The most obvious example is the fact that you can actually explore the vastness of Arkham City itself. One of the joys of the original was exploring the asylum grounds, but now that a portion of Gotham has been cordoned off as one big looney bin, you can glide past skyscrapers and swing from building to building. Whenever you get frustrated with a side mission or tire of beating down thugs, you can revel in the simple pleasure of zipping around the city, an exhilarating experience in and of itself.

END_OF_DOCUMENT_TOKEN_TO_BE_REPLACED

In 2009, Rocksteady Studios hit it out of the park with their multi-platform phenomenon BATMAN: ARKHAM ASYLUM. Now we get our first official look at gameplay footage to the follow-up, ARKHAM CITY (October 18, 2011 for U.S. Xbox 360, PS3, and PC) in the newest trailer.

Hugo Strange. Two-Face. Harley. Catwoman. Some new Bat-fu moves. And of course… the Joker. All set to the grooves of “Short Change Hero” by The Heavy.

Obviously we haven’t seen the third Bat film yet, or the other 99.9% of this game. But I’d be beyond thrilled if the next Nolanverse entry were half as badass as Arkham Asylum looks to be.

More Scott Pilgrim vs. the World news, this time about the forthcoming video game for PlayStation Network. The trailer for the game was unveiled at E3, and you can check it out courtesy of GameTrailers.com.

As with everything Scott Pilgrim-related, there is nothing to say but that it looks insanely freaking cool. It’s done in the old 8-bit side-scrolling beat-’em-up fashion, with brilliant character designs and awesome music. It’s basically everything you would hope for in a Scott Pilgrim video game. Major props for part of the Todd Ingram battle being a Guitar Hero-style bass-off. Oh, and Kim’s annoyed facial expression at about 38 seconds in is absolutely perfect. The game should be out for PSN in August, and for Xbox Live some time after that. Alas, my Xbox is broken and it’s never coming to Wii, so who knows when I’ll get to play it. The universe is now much cooler, but it remains unfair.

Head after the jump for a look at the 7 Evil Exes character posters for the film.